“Lost opportunities, lost possibilities, feelings we can never get back. That’s part of what it means to be alive. But inside our heads – at least that’s where I imagine it – there’s a little room where we store those memories. A room like the stacks in this library. And to understand the workings of our own heart we have to keep on making new reference cards. We have to dust things off every once in awhile, let in fresh air, change the water in the flower vases. In other words, you’ll live forever in your own private library.”

Kafka On The Shore is, perhaps, the most hypnotic novel of Haruki Murakami. It has all the motifs of a Murakamisque novel- memory, journey into the unknown, alienation, people conversing with cats and music- and yet it is so different.

Kafka On The Shore is the story of Kafka Tamura and Nakata. Kafka runs away from home at the age of fifteen. He is in search of his missing mother and sister. Nakata, tracker of lost cats, has never fully recovered from a bizarre childhood affliction. He is drawn towards Kafka for reasons he cannot fathom. As their lives unravel, cats talk, fish tumble from the sky, a forest which harbours soldiers, apparently un-aged since World War II, spirits sneak out of their bodies to make love or commit murder. The identity of the murderer and the victim is, however, a riddle- one of many which combine to create a dreamlike and elegant masterpiece.

I don’t think I can actually pen down my exact thoughts on Kafka On The Shore in this review. It is something you have to experience yourself and for each reader it is different. Murakami paints surrealism. He is a musician, an oddity who weaves together consciousness and pop-culture and the result is always something unexpected and extraordinary.

Time is an important concept in Kafka On The Shore. It is weaved into memory and love- both motifs which are typical of Murakami. The novel is a blend of metaphysical and reality. It transfers you to a hypnotic state. A lot of questions are left to the reader’s imagination- What might have happened to Kafka after everything he went through. Music also plays an important role in this tale. I have re-read this tale several times and each time I find something new in it. I have never had the same experience twice. Kafka On The Shore displays one of the world’s greatest storytellers at the peak of his powers. 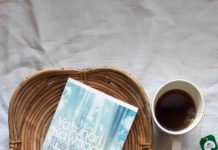 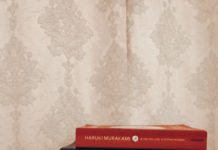 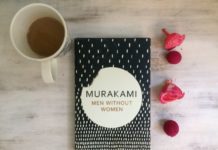