“It was the house that disfigured the land.”

I must confess I read Mexican Gothic purely because of it’s cover. Yes, I judged a book by its cover! I am glad I did because this novel was a revelation in some ways. It introduced me to a new female author, the story was interesting and most importantly I had never read a book set in Mexico.

Noemi Taboada is a glamorous socialite in Mexico City. One day she receives a disturbing letter from her newly-wed cousin Catalina, begging Neomi to save her life. Catalina appears to be scared of some mysterious force in her home and pleads Noemi to come and save her. Neomi journeys to High Place, an isolated mansion in the countryside of Mexico, to check on Catalina.  Neomi is unsure about her actions during the journey as she doesn’t know Catalina’s husband Virgil, and his family very well.

As Neomi reaches High Place and meets Virgil’s family, she’s left with a feeling of unease. The Doyle family have a strict set of rules, have a history of incestuous marriages, the walls of the house are covered with portraits of deceased brides. The atmosphere of the house is chilling and the mark of tragedy is still there. A daughter of the Doyle family had shot some members.

Neomi refuses to be intimidated to the Doyle family. Nor is she frightened by the visions and nightmares she experiences about the house. Her only ally in this inhospitable house is Francis, the youngest son of the family. He seems gentle, shy and genuinely wants to help Neomi and Catalina. Francis also knows the dark secrets of Doyle family. Once, renowned for their mining empire, the family wealth has dwindled. But as Neomi digs deeper, she unearths horrifying secrets of violence and madness. Will she be able save Catalina and herself or will she forever be trapped in High Place?

Mexican Gothic is a blend of quite a few genres. It’s gothic, historical fiction and horror rolled into one novel. Moreno-Garcia’s writing is beautiful, almost fluid. The world she has created is vivid with imagery. The concept of Mexican Gothic is unique and interesting. I love how Moreno-Garcia did an amazing job with the Gothic tradition.

The plot of Mexican Gothic is certainly not going to keep you up at night but it will leave you with a feeling of unease after you’ve finished reading it. The novel reminded me of Get Out, a film I saw on Netflix. I think one of the drawbacks of this novel is that I didn’t find it immersive. The characters were unable to draw me in. Nevertheless, Mexican Gothic’s theme and concept do make up for it.

A lot of heavy topics have been touched upon in the story like Classism and Racism. Catalina, a Mexican, marries Virgil, a white Englishman. Neomi’s own dark skin clashes with the Doyle family’s entitlement and white supremacy ideology. Eugenics and natural healing is bought up throughout the novel. That itself is a conversation starter for how medicine is practiced in rural communities.

The story of Mexican Gothic is set in 1950s in a fictional town. The town is inspired from a real place called Mineral Del Monte, which was a British mining town with a particular kind of architecture. You’ll find lots of similarities between the two places when you read Mexican Gothic.

A chilling, atmospheric and dark read for the cold winter nights, that’s Mexican Gothic for you. There is also a mini-series coming up on Hulu based on the novel. 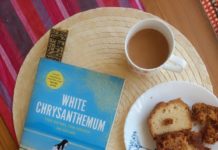 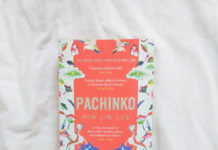