I had an interest in reading The Last Nizam due to my connection with Hyderabad. If you are following me on Instagram you might have read a write-up on my grandfather joining the Marathwada Mukti Sangram. It was a protest to declare allegiance with India and to be free from the rule of Nizam. However, my connection to Hyderabad is more closer because I lived there for 3.5 years before moving to my current home in Assam.

Hyderabad is an eclectic amalgamation of the old and new. Here you will not only find high rise buildings and IT firms, swanky malls, high-end eateries but also palaces, tombs, forts and ancient havelis. It’s like being in a time-wrap. John Zubrzycki’s The Last Nizam encapsulates all these elements in its 400 pages. It gives you a glimpse into the attar-scented palaces of Nizam, filled with antiques and jewels, court politics and intrigue but more importantly, into the mind and heart of the last Nizam of the Asaf Jah dynasty, Mukarram Jah, a prince who left an inheritance of fabulous wealth for the Australian outback and later, for the obscurity of Turkey.

The Last Nizam starts with how the Asaf Jah dynasty was established. Zubrzycki paints a vivid picture of how, out of the crumbling Mughal dynasty, emerged a powerful line of sovereigns who reigned over Deccan for seven centuries. History buffs might find this section fascinating. I enjoyed reading it but found it a bit slow in some places. The relations between the British and the Nizams, with all the frustrations, animosity and sometimes grudging cooperation forms the first 150 pages of the book.

People who read History often talk about the ‘weight of history’ and to certain extent even think that it’s a real thing. I certainly think it’s true in the case of Mukarram Jah. The last Nizam was more at home in the Australian outback, running a sheep station than at his palaces in Hyderabad. He was not interested in becoming a ruler because he knew there was nothing left to rule. Zuberzycki shows a man who is trapped in the past but yearns for a normal, quiet life. When Mukarram Jah was crowned as the Nizam, he had no idea how vast his fortune would be. Nor did he expect that so many of his grandfather’s relatives would drag him to court for a share of the estate.

Mukarram Jah was not only the Nizam of Hyderabad and Berar but he was also the grandson of the last Caliph of Islam. Jah, perhaps, has the strongest claim to the Ottoman Sultanate of Turkey. Instead, he leaves everything and goes to Australia to start a sheep station. When things fall apart there, he heads to Turkey, his mother’s birthplace, to do what he has always wanted to do- live in obscurity and explore ancient Roman ruins.

The Last Nizam also throws light on the sevent Nizam, Mir Osman Ali Khan, Jah’s grandfather. During India’s independence, he decided to stand alone. However, Osman Ali Khan lacked military resources and diplomatic skills. He made some desperate attempt to procure arms but it came to nothing. Finally, Operation Polo was launched and India invaded Hyderabad. It was the bloodiest military action in the history of Independent India. Zubrzycki clamis that 20,000 to 2 lakh people lost their lives. I find it surprising that this operation is not a part of history books nor is it widely discussed.

The Last Nizam also talks about the fabled wealth of the Nizams. Mir Osman Ali Khan bought jewels like one would buy clothes. It’s a little ironic that the once richest man in the world was a terrible miser. He placed his money in several trusts for his descendants but it was of no use. Mukarram Jah spent the better part of his life sorting out the mess which is grandfather left behind.

One thing which I liked about the last Nizam was its objectivity. The writing is racy, richly detailed with some interesting anecdotes. This book could be 300 pages but the excruciating details about Jah’s financial matters and litigations dragged it to 400. But I recommend The Last Nizam to readers who are looking for an objective account of an important period in Indian history. 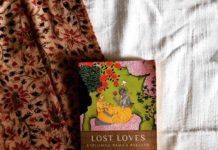 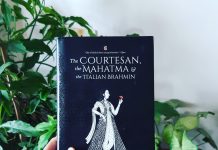