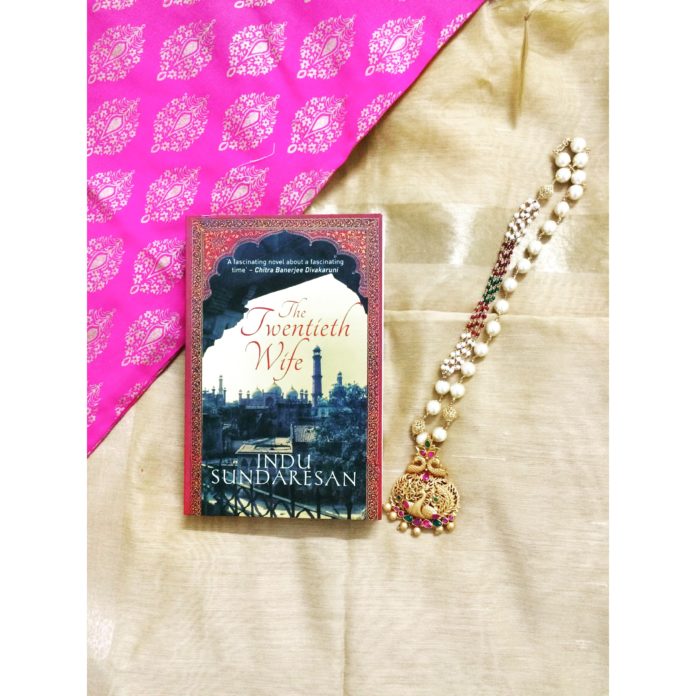 The thing with historical fiction is its power to take us back in time. The Twentieth Wife takes the reader on a journey of Mughal India during the reign of Emperor Akbar and Jahangir. It is the story of the enigmatic Nur Jahan, Emperor Jahangir’s twentieth and favourite wife- a woman whose brilliance and determination trumped myriad obstacles and whose love shaped the course of Mughal empire.

Nur Jahan was born in 1577, as the daughter of Persian refugees fleeing persecution in Persia. She was named Mehrunissa, sun among women. Growing up on the fringes of Emperor Akbar’s opulent palace grounds, Mehrunissa blossoms into a beautiful girl, blessed with intelligence and a burning ambition, surpassing the bounds of her family’s station. Mehrunissa first meets the young Prince Salim on his wedding day. In that instant, she falls in love with him and foresees the path of her own destiny. She is all of eight years but she decides with uncompromising surety that she will marry Salim one day.

The Twentieth Wife is Indu Sundaresan’s debut novel. She has skillfully blended history with rich and sensuous imaginings of a timeless fairy tale. Sundaresan’s attention to detail coupled with captivating description of the Mughal court creates a vivid narrative, which is hard to put down. The romance between Mehrunisaa and Emperor Jahangir is slow-burning and somewhat cliched. However, Mehrunissa’s struggle to find a place for herself and her family in a male-centered society, the power struggle within the harem and the politics of the Mughal court is pretty intriguing.

The Twentieth Wife is full of wonder and intrigue. I didn’t know much about Nur Jahan apart from what was taught in the history class in school. The Twentieth Wife paints a fascinating portrait of a woman’s convention-defying life behind the veil. It is a saga of love, hate and deceit. Informative, convincing and madly entertaining, The Twentieth Wife is a must read for fans of history and historical fiction.