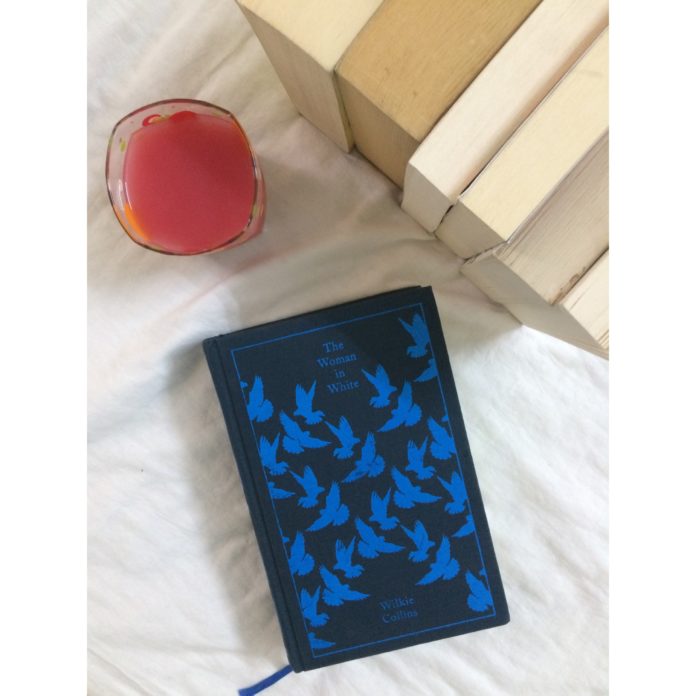 “This is the story of what a Woman’s patience can endure, and what a Man’s resolution can achieve.”

The Woman in White is one of those books that I am kicking myself for not reading sooner! The first ‘sensationalist’ novel in Victorian England, The Woman in White is considered one of the earliest examples of crime fiction. It was originally published in serial form in Charles Dickens’ magazine All The Year Round.

The novel famously begins with Walter Hartright’s eerie encounter with The Woman in White on a moonlit London road. Engaged as a drawing master to the beautiful Laura Fairley and her half-sister Marian Halcombe, Walter becomes embroiled in the sinister intrigues of Sir Percival Glyde and his friend Count Fosco. The ‘charming’ Count Fosco has a taste for vanilla bonbons, white mice and poison. Pursuing questions of identity and insanity along the corridors of English country houses, The Woman in White is blend of Gothic horror and psychological thriller.

The Woman in White is a long read, but very rewarding. It is densely plotted with a memorable cast of characters. The reader will fall in love with the intelligent and resourceful Marian. When in the middle of the novel, Marian tells Laura that “our endurance must end and our resistance begin,” it feels like a feminist principle and Collins gives us the perfect metaphor for liberation when Marian sheds her Victorian clothing for breeches and cloak so that she may safely climb the roof to eavesdrop on her enemies. She is brave and becomes a pillar of strength to her sister. In my opinion, she is one of the most fascinating woman to appear in Victorian Literature. Count Fosco is another fantastic character in this novel. He is cunning, intelligent and extremely evil. He is certainly one of the most fascinating and dangerous villains in detective fiction.

The writing in The Woman in White is quintessentially Victorian. If you are not a fan of Charles Dickens or Henry James, you might find this book difficult to finish. The twists and turns are wonderfully revealed though I found the ending a little disappointing. Wilkie Collins background in Law also becomes evident at different stages in the novel. Collins has also explored the idea of women’s rights in this novel.

The Woman in White is a dark and chilling tale and I mostly read it in the rainy evenings. It made me snuggle deeper in my bed and feel as if I were in England in the 1850s. I enjoyed it immensely and I highly recommend The Woman in White to readers who like a dark, atmospheric and moody story and to fans of crime fiction. You won’t be disappointed. 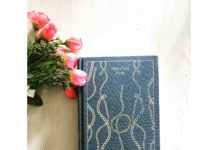