Kate Atkinson’s Transcription is quintessentially British in tone and essence. I found it a little difficult to get into but once I got the novel’s pace it was a delightful experience. I do love historical fiction and Transcription takes you into the 1940s-50s Britain when it was in the grip of World War II. This novel is an interesting blend of historical fiction and espionage.

Juliet Armstrong is eighteen years old when she is recruited by MI5. The British Intelligence are running a low-level operation out of two flats to spy on Nazi sympathizers in Britain. The walls of the flat are bugged with microphones and Juliet’s work is to listen and transcribe conversations between a MI5 agent and the suspected ring of Nazi sympathizers.

The narration now shifts to 1950s and we see Juliet working as a producer in BBC. The war is over but the aftermath still exists. MI5 continues to spy on its enemies and Juliet realizes that she will never really be free from it. She can’t escape the repercussions of her work in espionage and is pulled back into the life she left behind.

MY THOUGHTS ON TRANSCRIPTION:

Transcription is not a page-turner at any stretch. I actually found it a little difficult to get into in the beginning. But that’s not a reason to abandon this novel. Atkinson’s writing is beautiful. One of the many things I admired about her writing is the depiction of MI5 and the operations carried out by Juliet and her superiors. The characters were well-drawn out. Juliet is a compelling heroine. She’s strong and independent and extremely smart. Although she is mostly resigned to do the ‘cleaning up and making tea’ routine and other ‘womanly’ tasks like transcribing the aforementioned conversations, Juliet’s mind is constantly working and she sees and hears more than she lets on. Atkinson builds up the tension from the beginning. While reading the book, you know that foreboding is there and it’s gradually built up as the story progresses.

The Transcription is a wise and clever novel, overflowing with humour. It discusses a lot of ideas like fascism, nationalism, the worth of human life and humanity. Transcription is about spies, war and the British government. However we also see a nation which is fighting hunger, ambition and pettiness. Transcription is written very intelligently and it shows. The characters paint a grim portrait of the war and one can’t help but feel sad.

The author’s note at the end of the book is very interesting as well. Atkinson writes that she was inspired by the story of Eric Roberts. He was a MI5 agent who spent a considerable time in World War II masquerading as a Gestapo officer. He managed to track several fascists in Britain during the war.

Transcription is a thought-provoking read for sure. If you are looking for an immersive piece of historical fiction, I recommend you to choose Transcription. 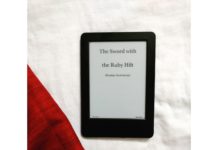